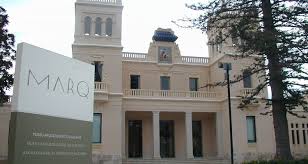 New Exhibition in the MARQ of Alicante for 2017: The Mayas and their “Estela de Calakmul”

Good morning dear friends of the Hotel Álamo, today we would like to inform you about an exhibition to be held in the spring of 2017 at the MARQ (Archaeological Museum of Alicante). An exhibition that will make us travel through one of the most interesting cultures in the world, Los Mayas. Astrologers, mathematicians, ritualists, savants, and warriors, all of them characteristics of this wonderful civilization that we will have the pleasure of having in our museum.

The Calakmul Stela will be one of the protagonists of the international exhibition with ceramics, statues and colossal sculptures that will recreate the life of the millenary Central American culture. 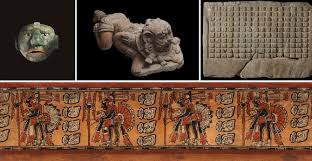 There are 191 pieces from the National Museum of Archeology and Ethnology of Guatemala and two Guatemalan institutions such as the ‘La ruta Maya’ Foundation and the Neria Herrera collection of the Juan Antonio Valdés Museum, which had never been exhibited in Europe .

Although to a lesser extent, objects from the Museum of Ethnology in Berlin and the Rautenstrauch Joest Museum in Cologne will also be exhibited in the MARQ, dependent on the Diputación de Alicante.

Stelae are a feature of the ancient city of Calakmul (southern Mexico), where 120 of these limestone pieces have been found to describe the history of the dynasties that inhabited this extinct population.

The collection will have its third stop in Alicante after being premiered with great public success last February 28 at the Drents Museum in Assen (Holland) and, after receiving 170,000 visitors, to pass on 2nd October to the Palatinate Museum of Speyer ( Germany).

This exhibition will be one of the milestones of MARQ in 2017, year in which it celebrates the 85th anniversary of its constitution and 15 in its current headquarters and the objects of the exhibition, will help to illustrate highlights of the daily life of the Mayans, their Rites, their concerns and even their desires.

MARQ, chosen in 2004 European Museum of the Year, works in a novel design following the experiences of Assen and Speyer around two themes: the rise and decline of the Mayan civilization and the rediscovery of the ancient cities in the jungle.

Always in a didactic and informative format, interactive videos and reconstructions in three dimensions will be included to guarantee the attention of the public, among them the virtual vision of the old city of Uxul and projections on the writing, the calendar and the relation between the Mayan cities .

The exhibition ‘Mayas’ emerged in the context of the European Exhibition Network (ENN), which met in May 2015 at the MARQ facilities and thanks to the collaboration of the Assen and Speyer museums, which Has been added as third headquarters the Alicante center.

In addition, a significant part of the expenses derived from this large project will be allocated to a contribution to the development of Archeology and research in Guatemala provided by each of the three partner museums, making this international project a ” Of cooperation in favor of the continuity of the excavations in the Mayan deposits “. 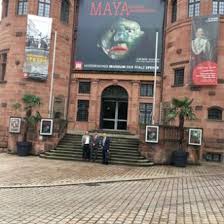 The Maya are a civilization that arose around the third millennium BC in the geographic realm between the jungles of southern Mexico and the neighboring Central American countries, although their monuments date from the period 250-900 AD, after which the struggles Caused the decline.

In the first third of the fourth century, the city of Tikal occupied a predominant place with a marked rivalry with other towns such as Calakmul and Copan.

The Mayan will happen to the exhibition that hosts the MARQ from last May and until next March 5 ‘Vikings. Warriors of the North. Gigantes del Mar “, an unpublished production extended due to the great interest aroused and the excellent visitor numbers, which are expected to reach 100,000 people.

From the Hotel, we invite you to come to Alicante, to enjoy our land and this wonderful and interesting exhibition. Book in our hotel as soon as possible and do not go without your ticket!